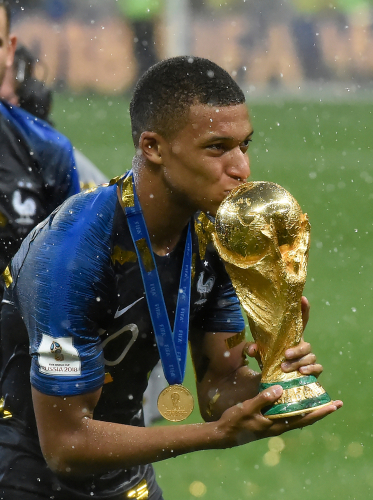 Who is the best soccer player in the world?

In our last post, we learned that standard plus-minus methods don't work in soccer. That's because soccer has two fundamental disadvantages:

But soccer has advantages too.

What advantages does soccer have? For starters, top players play on multiple teams. For example, Cristiano Ronaldo plays for Juventus and Portugal.

From a plus-minus perspective, playing on multiple teams is quite valuable. It tells us how Ronaldo performs with two completely different player combinations. Presumably, if Juventus and Portugal play well, that's evidence that Ronaldo is a great player.

To sum up, soccer has two fundamental advantages:

Let's use this insight to improve our ratings.

How to use soccers advantages in plus-minus ratings

To incorporate players on multiple teams, and teams in multiple competitions, all we need to do is compute Augmented APM on a larger data-set that includes all the relevant matches.

In our case, we'll compute Augmented APM for the top five leagues:

and the top two international tournaments:

So whose the best player in the world?

The best soccer players in the world

The results are available in our Best Player in the World App. In the App, you can:

The results are fascinating, so let's drill down on a few key insights.

You may be surprised to see Kylian Mbappé ranked as the top player in the world. But remember, adjusted plus-minus is based on winning. And think about how successful Mbappe has been in the past few years: 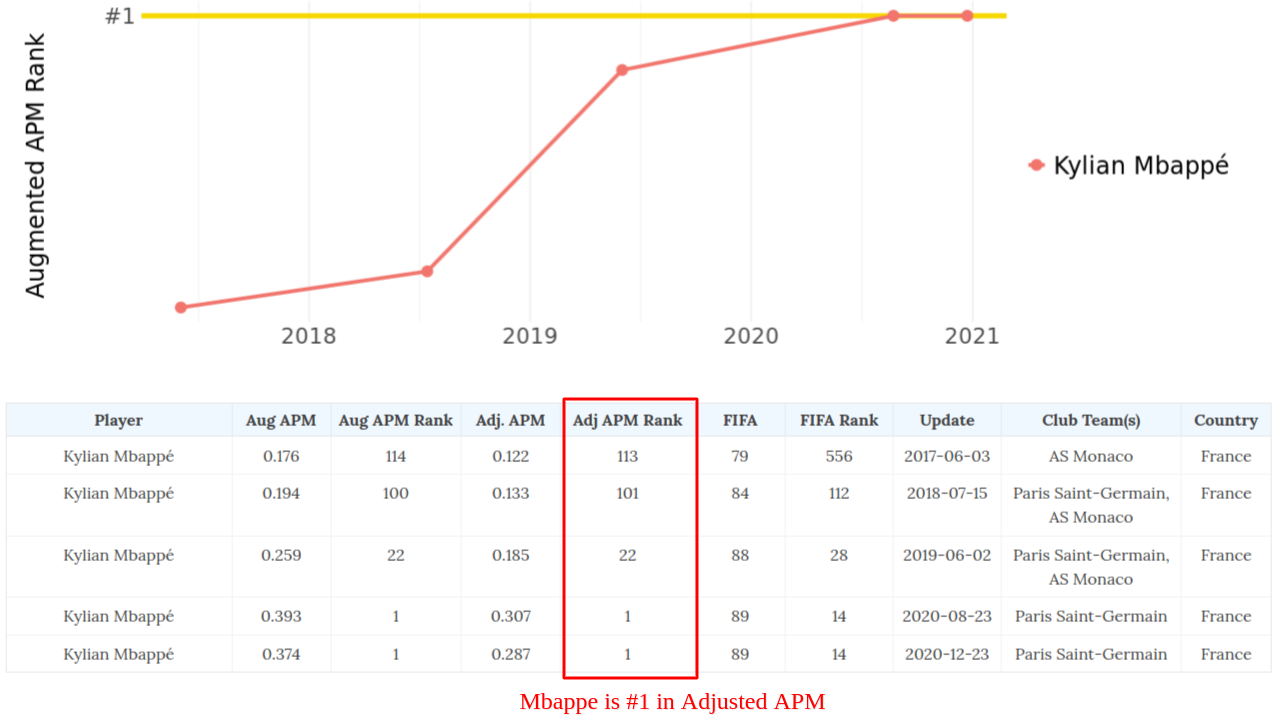 Are Messi and Ronaldo starting to slip?

In the last decade, the best player in the world conversation been dominated by two players: Lionel Messi and Cristiano Ronaldo. But when you look at their Augmented APM ratings across time, you can see that their performance is slipping: 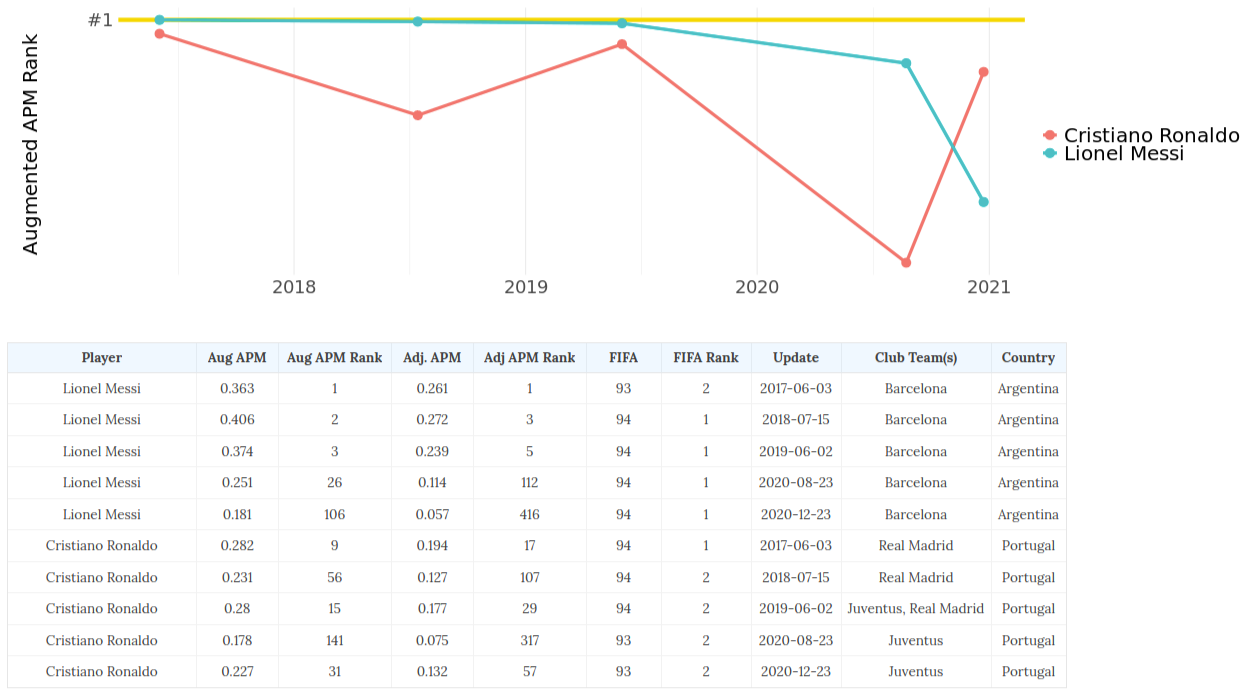 This is despite the fact that Messi and Ronaldo have the highest FIFA ratings.

The rise of Erling Haaland

Finally, there's been a lot of buzz surrounding the Norwegian sensation Erling Haaland. Our rankings capture the meteoric rise of Haaland, who has moved all the way into the top 10:

See more ratings at our Best Player in the World App!

This post barely scratched the surface of possible analyses. To learn more, you can browse the ratings for yourself, and please feel free to contact us if you have any questions, comments, or suggestions.

Our ratings will update on a weekly schedule, so stay tuned for more updates and developments!